I have a strong opinion to share about the  “Regional Young Forest Initiative for At-Risk Species” program that is being offered by CT DEEP and USDA NRCS, especially after seeing UMD Entomologist/Wildlife Biologist Prof. Doug Tallamy’s lecture on coevolution/trees/bugs/birds/invasives at the Salisbury Forum in Northwestern Connecticut last week. The essence of Tallamy’s talk was that caterpillars are the fundamental conduit of energy flow between plants and birds, and that native caterpillars only feed on native plants. Thus, invasives-dominated habitats don’t produce caterpillars and cannot support bird populations. Currently, bird diversity and abundances are crashing because of invasive plants.

This, among many other scientific findings, challenges the “Regional Young Forest Initiative for At-Risk Species” program that aims to restore New England cottontail (Sylvilagus transitionalis) that has faced declines and displacement as the eastern cottontail (Sylvilagus floridanus) expands into its range. The program uses NEC as an umbrella species in its effort to create early successional habitat for birds as well. Analysis has shown that the program contradicts the best peer-reviewed science. It targets the restoration of species whose natural history is not compatible with a forested landscape like ours. The presettlement landscape was less than 1% open habitat and thus DEEP’s selected habitat-specialist species were not here for thousands of years.  Their target species are simply the result of the early American clearing of the mature, harmonically stable Holocene forest. DEEP is seeking artificial biodiversity, not native biodiversity – when there is vastly more early habitat around today than in the presettlement landscape.

The program ignores the pressures facing CT’s forests. There has been a significant reduction of forest cover since 1975 and forest fragmentation, perforation, and edge creation continue at a rather remarkable pace – all are threats to interior forest species that are facing steep declines, yet they are institutionally neglected. Forest simplification is occurring as key tree and plant species fall to insects, blights, regeneration failure, and displacement. We are in the midst of large-scale non-native species invasions. There is an epidemiological crisis related to tick-borne diseases that is an outcome of the loss of core forest, land clearing, unregulated logging, and sprawl. The focus needs to be on preserving and restoring native forests and their denizens, not applying further ecological insult.

The DEEP has sacrificed rare forest species to implement this program (see Goshen WMA). They have daylighted brooks and cleared riparian forestland. They have pushed the program to landowners in some of the state’s most important core forest areas (see Canaan Mountain clearcut) in contravention of sound scientific principles. Their work razes complex maturing forest systems and replaces them with simplified, invasives-dominated habitats that put natural wildlife and people at risk. DEEP’s “Benefits of Clearcuts” brochure makes absolutely no mention of invasive plants – the ones that will come to dominate the cleared habitat. The brochure also pushes the long-debunked falsehood that logging (killing) the forest is necessary to keep it healthy and sustainable, when, in reality, the exact opposite is true: unmanipulated forest systems are by far the healthiest and sustain themselves (see Algonquin State Forest’s Kitchel Wilderness where DEEP is prohibited from logging and compare it to People’s State Forest or Mohawk State Forest). On many levels, the brochure illustrates a fundamental misunderstanding of the complexity of forest structure and function – and a worrying view of the agency’s land ethic. 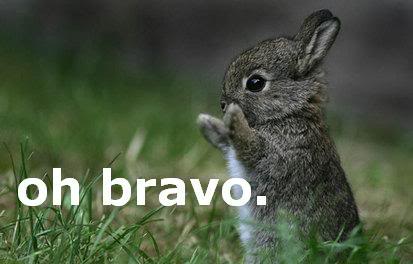 DEEP has already overseen the clearcutting of over 1500 acres of Connecticut’s forests in the NEC program, with individual clearcuts ranging to over 100 acres. According to DEEP staff and as proofed by ground inspection, they have no intention of managing clearcuts for invasive species after they create the perfect conditions for the establishment of large invasive communities. They do no pre-treatment control of invasives before they cut, and they walk away afterward. A DEEP staffer charged with recruiting for the program told me, “barberry and rose are great for rabbits and shrubland birds” – when research like Tallamy’s clearly demonstrates that particularly in birds, invasive-dominated habitats have little utility for them at the fundamental point of trophic level transfer (no food for themselves or their broods). When petitioned with piles of peer-reviewed science as a basis to stop the program, an exasperated senior DEEP official finally admitted, “I’m not walking away from all of this grant money”, a statement which needs no response. And at NRCS, a heartbroken regional conservationist told me, “I spent 25 years distributing grants to protect forests, and now I have to cut them down?”.

The disconnection between state/federal wildlife/forest agencies and peer-reviewed science is not new, and it has been the focus of much study. It’s a problem of one-dimensional thinking in a n-dimensional world. See, for instance:

You want to grow rabbits and early succession birds? Let some patches of your grassland or farmland preserves advance to the shrub stage. Create soft-transition edge habitat around your fields. Integrate habitat creation into your invasives suppression. But don’t kill a healthy maturing forest (that is, on average, less than a third of the way to maturity and a fraction of that in terms of attaining functional optimality) for the sake of organisms that are by their very nature tuned to relatively ephemeral, uncommon, and anthropogenic habitats and ones that cannot use the post-clearcut invasives-dominated plant community for survival, growth, and reproduction.