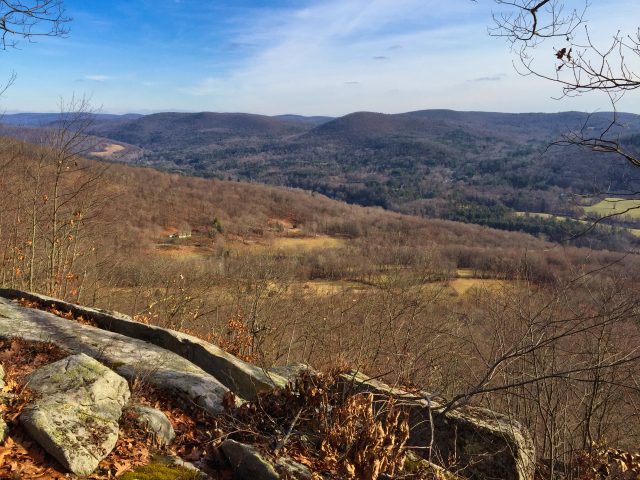 An ecosystem consists of a biological community, an assemblage of species populations co-occuring within spatial and temporal boundaries, and the chemical and physical environment in which they live. A woodland ecosystem encompasses the living organisms of the forest, and extends vertically from the top of the canopy to the lowest soil layers affected by biotic processes. Characteristics of the forest ecosystem, such as species richness and abundance, the availability and movement of water, and the chemical composition and physical nature of the soil are dependent on the climate, terrain, and the biologic and geologic history of the forest. Water, temperature, and nitrogen are the most common limiting factors in plant growth.

In stable climatic conditions, a forest community is composed of a mosaic of various tree species and ages, and organisms, existing along a temporal pathway known as ecological succession. In succession, pioneering species first colonize previously uninhabited landforms (primary succession), facilitating the establishment of later successional forms  by developing soil and other conditions favorable to the succeeding organisms (secondary succession), leading to the presence of a final self-maintaining community. Secondary succession may also occur following the abandonment of cultivated land or after major or minor perturbations such as fire or tree-falls which leave some trace of previous organic activity.

I probably shouldn’t use the term “pathway” as clearly there are often several succession vectors that can be controlling.

There are competing ideas about forest establishment and recovery such as relay floristics and initial floristics. The brilliant ecologist and thinker Frank Egler thought that classic succession and relay succession were pretty much the same thing in that early seres control the system until conditions are made suitable for replacement by later, out-competing seres. This is probably the case when the starting conditions are stark. Egler’s initial floristics model is based on the idea that in an early succession stage, all seres are represented in the seed bank (lots of early species, many mid-species, and a few late or climax species) and that the r-selected/faster/more prolific seeding-species get a head start and others germinate later, until the k-selected climax species get control. That’s a more realistic model of succession for most landscapes not destroyed by glacial scouring, vulcanism, etc.

In landscapes or stands or patches dominated by non-native invasive plants, inhibition in succession is all too real. An invasives concept taught by Tom Siccama at Yale is that invasives trigger an intermediate absorbing state (stalling) in the development pathway, and that seems obvious to anyone who has looked critically at barberry-dominated stands. Curtis Rand, a longtime forester in Northwestern Connecticut, is one of the few foresters sounding the alarm about the impending collapse of silviculture because of the suppression of native regeneration by allelopathic invasive plants.

Forest communities can be characterized by determining relative importance values of tree species and their dispersion patterns in the woodland (top-down approach). Some ecologists take a bottom-up approach and define forest communities by the soils that host them. The latter approach appears to yield a much finer-grained look at communities. 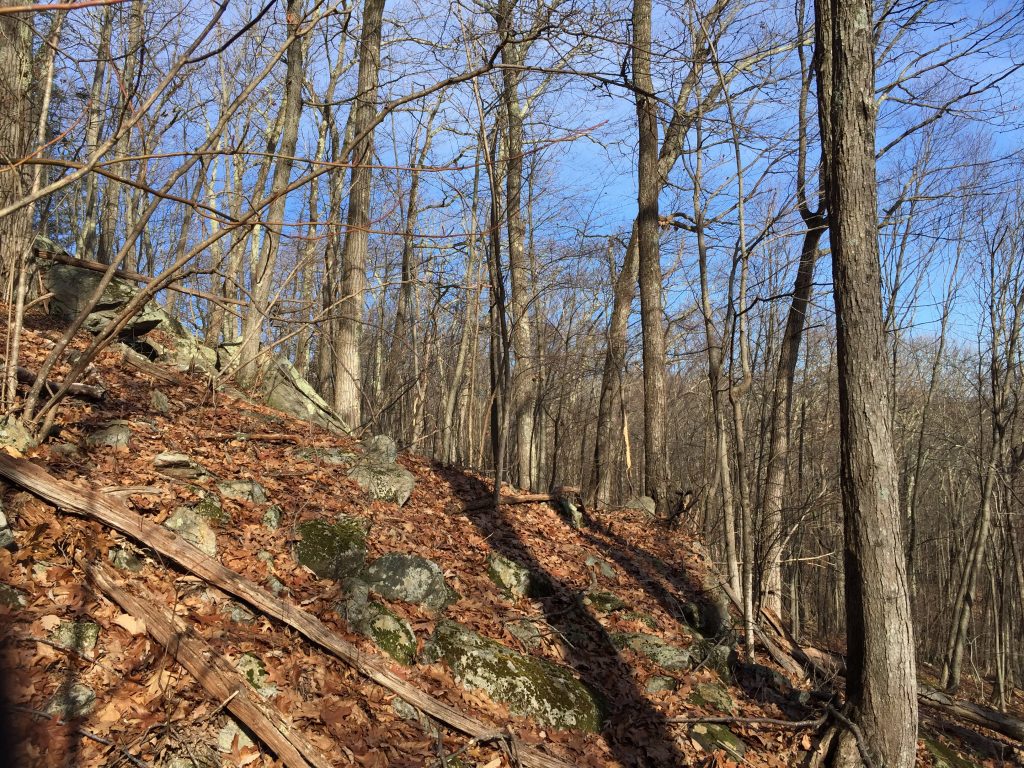 Patterns and Processes on the Forest Floor

Soil provides water, minerals, and anchorage for plant growth. For instance, in the Central Valley of Connecticut, most soils are derived from glacial till overlaying sandstone and basalt, are composed of sand, silt, clay, stone, and decaying organic matter and retain the general chemical characteristics of their parent bedrock. In addition, air and water (containing dissolved minerals and gases) occupy soil interstitial spaces along with a biological community that includes bacteria, algae, fungi, invertebrates, and roots. Root development is dependent on soil physical properties such as water content, density, resistance to root penetration, aeration, pH, and the concentrations of essential mineral nutrients.

Water serves to transport nutrients throughout trees, to maintain structural turgor, and as a medium for chemical reactions and is thus essential for plant survival. The availability of water often determines the kinds of trees present in a forest and the structure of soil determines the availability of water in the forest. Three types of soil-borne water are important to plants: gravitational, capillary, and hygroscopic. Gravitational water occupies the larger pore spaces in the soil and drains into the water table shortly after rainfall. Capillary water is contained by and moves under the influence of surface tension between soil particles, and is the primary water supply for plants. Soils suitable for root growth contain about equal volumes of capillary and non-capillary pore space. Hygroscopic water is held in a thin film on the surface of soil particles and only moves as a vapor and is thus unavailable to plants.

Soils serve as a mineral resource pool for forest plants, and minerals are continuously recycled through the ecosystem by the retranslocation of minerals within plants and by the decomposition of fallen litter, dead soil organisms, and other organic matter. Because many of the pathways of mineral nutrient movement involve water, some minerals are lost to leaching or runoff; these losses are countered by the contribution of essential nutrient elements from the atmosphere, from rock weathering, and from biological processes. However, in temperate forests, recycling within trees and through decomposition is so efficient that after canopy closure the demand for minerals from the soil is greatly reduced.

Mineral nutrients serve many functions in plants, such as constituents of plant tissues, osmotic and membrane permeability regulators, and enzyme activators. Essential nutrients of trees include nitrogen and nitrogen compounds, potassium, and phosphorus. A plant’s ability to extract soil nutrients is dependent on the pH of the soil. Tree species differ significantly in their ability to absorb various nutrients and in their tolerance of limited supplies of essential elements.

Soils tend to become acidic because soluble basic salts leach out of the soil as gravitational water percolates through the forest floor and because of acids produced by biological and chemical processes in the upper layers of the forest floor. Acidic soils chemically bind nutrients and inhibit the bacterial production of nitrates, although the level of this effect is dependent on soil structure. Clay soil particles, in contrast to sand particles, possess surface negative charges that attract and hold soluble nutrient cations, preventing their loss through runoff, and complex anion-exchange and cation-exchange processes in the root structure of plants facilitate the withdrawal of nutrients in soils with a pH of 5 and higher. 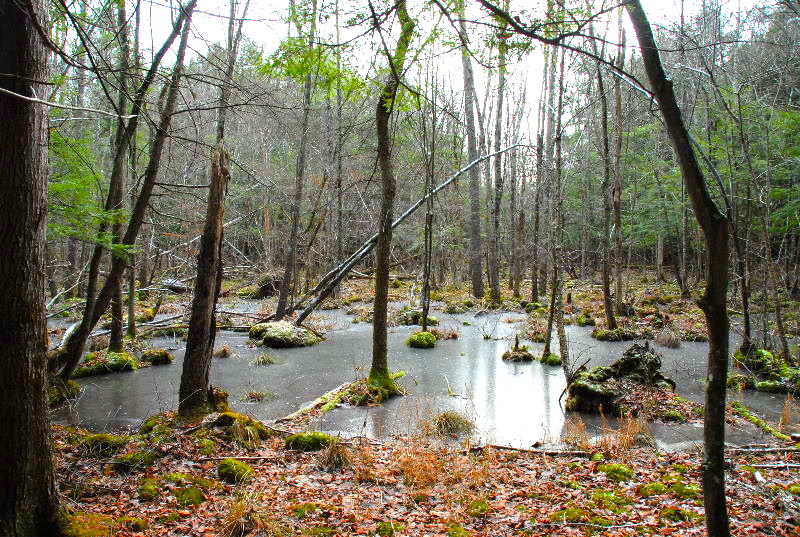 Nitrogen availability is a critical factor in the development of leaf area or photosynthetic surface, and thus dictates the amount of photosynthate available for plant growth and reproduction. The effects of nitrogen on leaf area are most pronounced on young trees growing in the understory where sunlight availability is reduced. Soil microorganisms fix nitrogen in the soil as nitrates; it is the nitrate form of nitrogen that is absorbed by plants. Intermediate forms and byproducts of nitrogen fixation include nitites and ammonia, which are toxic to plants in higher concentrations; well- drained and aerated soils prevent the accumulation of these problematic forms of nitrogen.

Phosphorus is a component of ATP, nucleic acids, and cell membranes, and low concentrations may limit plant growth, especially since phosphate tends to be tightly adsorbed to soil particles and is not present in the atmospheric storage reservoir as is nitrogen. Potassium is a key component in the gas exchange mechanism of plants by facilitating the operations of the stomata, and plays a role in the synthesis of starch and the translocation of carbohydrates in plants. Potassium can thus be a limiting resource if it is unavailable to plants at levels sufficient to maintain maintenance and growth.

Soil essential element analysis does not adequately characterize the elemental abundance conditions of plants because there is much variation in concentration around the base of trees and from site to site in the forest; foliar analysis is replacing soil analysis as the preferred method of determining the effects of essential element levels on maintenance, reproduction, and growth because foliar analysis reveals the actual elemental concentrations in plants (Kozlowski, et.al., 1991). 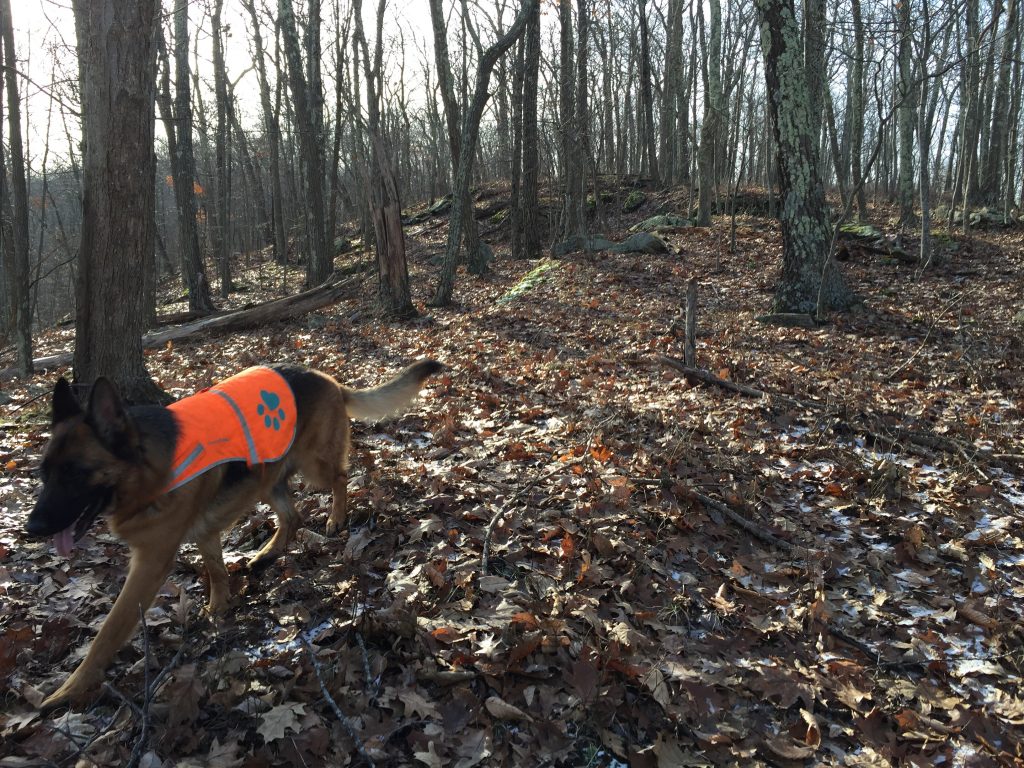 The Role of Microorganisms on the Forest Floor

Tree litter is comprised of leaves, twigs, and dead organisms. It is an important constituent of woodland ecosystems, as it affects soil structure, mineral nutrient status, and water flow through the forest. Litter contributes to the recycling of nutrients in the forest by supporting bacterial and invertebrate populations involved in decomposition and soil aeration processes. Soil organisms transform plant and animal tissues within the litter, forming complex aggregates of organic matter with the soil mineral component. The rate of litter decomposition is dependent on temperature and moisture levels, on the tree types contributing to the litter, and on the number, species, and activity of soil flora and fauna.

Bacteria and fungi dominate in the soils and are concentrated in the surface layer underneath the forest litter. Soil microorganisms metabolize cellulose, lignin, amino acids, and pigments, making the largest contribution to the nutrient pool that is available for uptake by plant roots.

No forest is stable in the sense of being unchanging; all are in a continuous state of flux. Disturbance is a natural component of forest life. A study of a forest without looking at changes over time can only characterize the state of the forest at that moment in time.

Each species of tree, shrub, and herbaceous plant has a certain range of tolerance to conditions of light, temperature, moisture, and essential nutrients. In New England, a generally homogenous mixed coniferous and broadleaf forest dominated by oak and maple trees has established itself since the last ice age. Variation in the distribution and abundance of trees in the area is dependent on terrain and orientation to the sun; hilltop and southerly-exposed slopes are typically deficient in moisture as compared to low slope communities which show the greatest abundance and diversity of forest systems in general. The low slope community extends to within ten inches of the water table, and low slope trees, such as red maple (Acer rubrum) are adapted to high water tables and thick saturated soils. The well-developed canopy of this forest type demands shade-tolerant understory species such as hop hornbeam (Ostrya virginiana).

(c) 2018 images and text by Harry White. Please do not use or reproduce without permission.

Tree Islands in the Alpine Zone