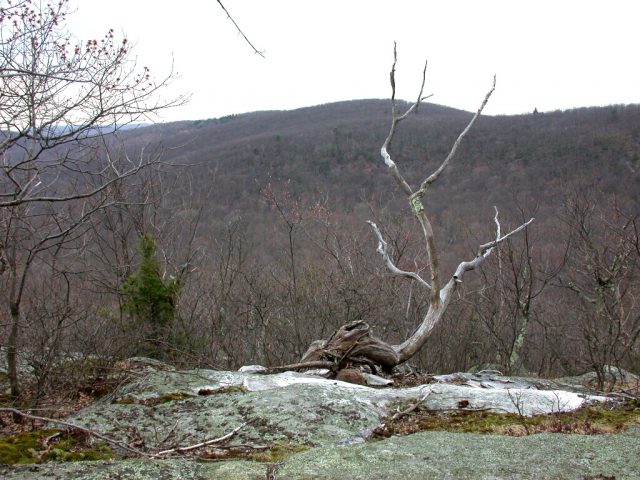 Ecological Core Areas are places within a protected area where the forces of nature alone determine the characteristics of the ecosystem. Ecosystems functioning under the influences of natural ecological processes (nutrient cycling, energy flow, natural disturbance, succession, competition, stream flow, lake stratification, and many others) have been the basis for the development, adaptation, and evolution of life on earth. Although actively managed lands clearly provide many benefits to people and particular species of plants and animals, Ecological Core Areas provide the setting in which many species can evolve in response to long-term environmental change rather than in response to human alteration of natural systems. Clearly, adaptation and evolution occur over very long time periods and over wide geographic ranges, so large, sustainably managed landscapes are also critical. In addition, reserves managed primarily for biological integrity and unimpeded functioning of ecological processes are more likely to be more resistant to the invasion of exotic species. Such lands may be better described as what Tom Butler of The Foundation for Deep Ecology calls “self-willed land”. Most of the exotic species that currently threaten the integrity of natural communities are spread in association with mechanized land disturbance (such as logging and road building), poor farming practices, development and the creation of edge habitat, or by accidental and purposeful introduction to aquatic systems.

True ecological reserves allow forests to develop the characteristics of biologically mature ecosystems. Old forests differ from early and mid-successional stands not only in the age of the trees, but also in species composition and structure. For example, there is considerable evidence from early land survey records that the relative abundance of tree species in New England forests has changed since pre-settlement times. In particular, American beech, red spruce, and hemlock were more abundant and sugar maple was less abundant in the pre-settlement forest. Clearly, the goal should not be to manage reserves for any predetermined species composition but instead allow reserves to provide the setting in which species composition can be determined by centuries of freely functioning ecological processes.

Natural communities are not static – they are dynamic as a result of shifting species distributions and population sizes affected by long-term changes in the environment, especially climate. Paleoecological studies have documented the dramatic changes in Northeastern biota since the retreat of the glaciers 13,500 years ago – from open tundra, to cool spruce forests, to warmer oak and pine forests, to the current northern hardwood forests. Clearly, large reserves embedded in a reasonably intact forest matrix will allow for these types of species shifts and recolonization to occur within the range of physical environmental conditions captured by the reserves. Such reserves are needed to allow for landscape-scale shifts in species distribution and abundance, since much of the current landscape is highly developed or fragmented by roads, dams, and other features that can impede movement and migration of plant and animal species. However, in the absence of large reserves, land trusts can establish core areas within their existing preserves and manage the cores in a benign manner, and further, to prohibit human entry into the core. Such a management philosophy, applied to just one area within a larger preserve, will allow natural structure and function to operate with a minimum of outside influence.

So how do you select an ecological core area? First, the core has to be in a location where there is isolation and where human access can be controlled (i.e., effectively prohibited). Second, cores should capture a good representation of the physical environmental conditions present in your biophysical region, including bedrock types, surficial deposits, elevation, slope, and aspect. Third, the core should harbor the matrix natural communities of your area. Fourth, the cores should be of sufficient size to absorb natural disturbance events without significant losses in the various components of the community that will, over time, develop into benchmark examples of their types. And lastly, cores should be deployed in preserves that have a relatively intact natural context with minimal fragmentation.

Thoughts on Qualitative Versus Quantitative Approaches to Acquisitions Evaluation

The Passing of Conservationist John McNeely

Jim Corbett’s Bill of Rights for the Land